What is a sole occupancy order? 3 legal things you need to know

When a couple separates, it is common for one party to agree to leave the family home. In some circumstances, the parties continue to live separately under one roof while they finalize their property and parenting arrangements, which is economically practical if the parties get along.

However, disputes also often arise as to who remains in the home.

Unless there is a Court Order in place, both parties to a marriage or de facto relationship are entitled to live in the jointly owned family home. Thus, during the breakdown of these relationships, this is often one of the main causes of disagreement. In such cases, seeking an order for sole occupancy is an appropriate solution.

What is a sole occupancy order? 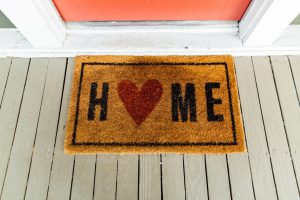 You might be wondering what does sole occupancy mean? Let’s break it down.

A sole occupancy order is a Court Order which stipulates that the other party needs to vacate the property within a short time period. As it’s a serious matter to turn a person out of their home, the Court usually makes sole occupancy orders in exceptional situations where:

How can the Court assist?

The Federal Circuit & Family Court of Australia has powers under the Family Law Act 1975 to make an order that one party has sole use and occupation of the former matrimonial home. However, these orders are often made with caution, as it’s a big decision to order a person out of their own home. Thus these orders are also not always easy to acquire.

The Court may grant an injunction related to the use of the matrimonial home under s114 of the Act in a marriage, and s114 (2A) in de facto situations. The criteria for the exercise of power under this Act is that the court may make such an order as it thinks proper, according to the merits of each circumstance. For example, in Davis & Davis, the court held that an Order would be granted if the situation between the parties was such that it was not reasonable, sensible or practicable to expect them to remain living in the house together.

If one party is seeking sole occupancy of the former matrimonial home and wishes for the other party to vacate, that party should file an Application for Exclusive Occupation with the Court which will apply while property matters are being resolved. The court will consider:

1. The nature of the relationship between the parties;
2. The respective financial position of each party (e.g. whether it is possible for either party to attain accommodation elsewhere);
3. Whether either party is subject to family violence;
4. Whether there is another property owned by the parties that one party may temporarily move into (such as a holiday house or investment property);
5. Question of convenience or hardship;
6. If there are any children, the Court will consider whether their school or support network is nearby;
7. Whether the application is necessary and reasonable.
These considerations stem from the principles in Davis and Davis, in deciding whether to give a spouse exclusive use or occupation of the matrimonial home.

We recommend that legal advice for sole occupancy orders be sought from a family law specialist. If you require advice in relation to a sole occupancy matter, someone from our experienced team can assist you. Click here to get started.