Got an inheritance after separation in Australia? Some legal advice

Inheritances after separations in Australia are a common concern of our clients, who’ve recently separated and are looking to settle all property matters with their former partner.

They’re often worried about whether an inheritance they have just received from their late parent’s estate can be pounced on by their former partner. This is an important question – and requires some discussion to understand the answer.

Do I have to disclose the inheritance I received after separation in Australia? 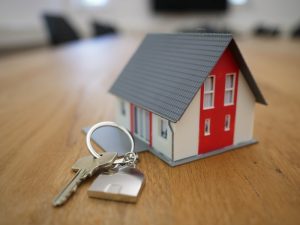 If our clients are seeking a property settlement, whether that is by way of amicable consent orders agreed upon by both parties, or via a lengthy litigation process; the first question our client will often ask is “does the recent post-separation inheritance have to be disclosed to the other side?”

The answer to this question is always, “Yes!”. All assets held by both parties at the time of legal discussions about property settlement must be disclosed to the other side. In Maine & Maine (2016), the Full Court of the Family Court confirmed that assets acquired in the post-separation period definitely cannot be ignored.

Will the Court let my ex-partner take it?

The second, and slightly more complex question is, does this recent post-separation inheritance form a part of the “pool of assets” which is being divided between the parties based on each party’s contributions, future needs, and a just and equitable approach? Or can it be excluded from this pool entirely? The party who has received the inheritance may want to argue that it should be excluded, to avoid any danger of losing any part of it. There have been a number of cases that deal with this question, and the approach taken by the Court has varied slightly between them.

In Jarrot & Jarrot, a slightly different approach was taken. The Court considered all assets of the relationship as being included in the same asset pool, including contributions before and after separation. This included the husband’s post-separation inheritance of $110,000. However, when dividing the asset pool, the husband was allowed to keep his entire inheritance, and the Court made a note that the reason for this was because the inheritance was received after the separation of the parties, and the wife made no contribution, direct or indirect, financial or non-financial, to its acquisition, conservation or improvement.

The takeaway from all this? If you’re in legal proceedings with your former partner and have received an inheritance after separation, you can’t hide it. You must disclose it and it must be considered by the Court as part of the usual process of property division. If your partner can in some way claim to have contributed to the acquisition, conservation or improvement of this inheritance, then they may be able to take some share of it. However, the good news is that in recent cases, the Court has been more likely to leave the post-separation inheritance intact.

Finally, our readers should note that inheritances after separation in Australia are a very complex and evolving area of law. If you’re going through this issue, you should definitely seek legal advice from one of our family law specialists, who will be able to give you in-depth and personalised advice for your particular situation.

If you need advice or legal assistance, click here to get started. Otherwise request a call back from our friendly team via the form below.