What is the definition of a de facto relationship in Australia? A guide

What’s the definition of a de facto relationship in Australia and how do your rights differ from a married couple?

A de facto relationship is defined in Section 4AA of the Family Law Act 1975 – it requires that you and your partner have a relationship as a couple, living together on a domestic basis, but are not married.

There are many criteria in the Act which are considered to decide if a particular relationship can be defined as de facto.

Here’s the criteria for the definition of a de facto in Australia: 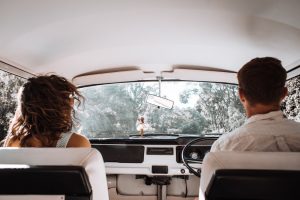 You will generally have the same rights as a legally married couple, and you can apply for various court orders including in relation to:

Contributions made by you and your partner before and during the relationship will be considered, and any future needs you may have moving forward will be recognised.

Your rights are often exactly the same as if you were married. If you are living with someone and are uncertain about your rights, we can help advise you of your legal rights. There is no obligation to register a relationship as de-facto in the eyes of the law.

What happened recently in the High Court?

Recently, the High Court handed down its decision in Fairbairn v Radecki, which considered whether or not a particular de facto relationship still existed, or had broken down.

The parties had entered a de facto relationship in 2005 or 2006, in which they agreed to keep their assets “strictly separate,” however lived in the appellant’s home.

In 2017, the appellant was diagnosed with dementia and became incapable of making long-term decisions. The NSW Civil and Administrative Tribunal appointed a trustee to make health and welfare decisions on her behalf and sought to move her into an aged-care facility which would be paid for with the sale of her home.

The respondent opposed this decision and wished to remain in the matrimonial home, which contradicted the parties’ earlier decision to keep their finances separate.

The High Court found that the parties’ de facto relationship had in fact broken down for the purposes of s90SM of the Family Law Act. They regarded the following circumstances:

Overall, the Court ruled that the de-facto husband’s persistent refusal to make necessary adjustments to evidence an ongoing relationship did in fact mark the end of the parties’ relationship. The Court was satisfied that the parties no longer had a relationship as a couple “sharing a life together on a genuine domestic basis.”

What are you entitled to if your de facto relationship ends?

The case law above relates to a circumstance in which the Court determined the parties were no longer in a de facto relationship.

As all relationships are different, and there is no formula to determine what exactly you are entitled to, you should seek legal advice regarding your particular circumstances.

How can you protect your assets?

Our recommendation is a Binding Financial Agreement (BFA). A BFA is a unique document prepared by a lawyer, which states how you and your de-facto partner’s property will be divided post-separation. For many people, a BFA is ideal, particularly if you want to protect your individual assets acquired before the beginning of a de facto relationship.

Interested in a BFA or wanting to see what you’re entitled to after the breakdown of your de-facto relationship? At Watts McCray, we can help. Click here to get started.